To share your memory on the wall of Willie Flanagan, sign in using one of the following options:

Provide comfort for the family of Willie Flanagan with a meaningful gesture of sympathy.

She is survived by Jerry R. Flanagan, his wife Ashley and their sons Grayson, Caden and Keller of Missoula, MT, her daughter Lisa K. Flanagan, granddaughter Savanah Flanagan and her son Jacob Parman of Marietta, GA. She is the last of her siblings to pass on and is survived by over 25 nieces, nephews and their children. She was loved by all and to the people who knew her best she was simply their “Mar” or “Pops”.

Receive notifications about information and event scheduling for Willie

There are no events scheduled. You can still show your support by sending flowers directly to the family, or planting a memorial tree in memory of Willie Bee Flanagan.
Plant a Tree

We encourage you to share your most beloved memories of Willie here, so that the family and other loved ones can always see it. You can upload cherished photographs, or share your favorite stories, and can even comment on those shared by others.

Plant a Tree in Memory of Willie
Plant a tree 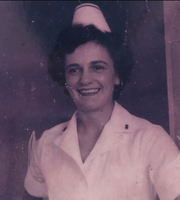