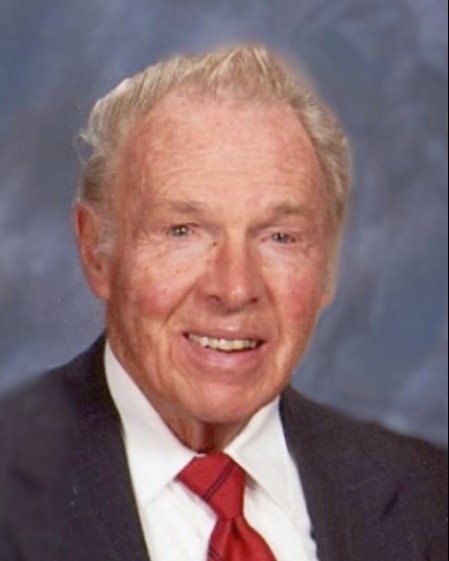 Bishop “Bill” Everingham, 102, of Missoula passed away Monday, January 2, 2023 at the Auberge in Missoula.  A funeral service will be held at 1:00 p.m. on Friday, January 6, 2023 at the First Presbyterian Church in Missoula. Burial with military honors will follow at 2:30 p.m. in the Western Montana State Veterans Cemetery.  Online condolences may be left at gardencityfh.com.

Bishop Skillman Everingham, son of Ernest and Annette (Voorhees) Everingham, was born June 16, 1920 in Trenton, New Jersey.  He attended schools in the Trenton area and graduated from high school in 1938.  Bill honorably served his country as a Corporal in the United States Marine Corps. in the Pacific Theatre. He met his future wife, Catherine Bollen, at a dance in Klamath, Oregon while in the service.  The couple married in 1946 and soon after settled in Missoula.  Three sons were born to this union, Bill, Mark, and Dave.  After his service, Bill completed his education at Linfield College, obtaining a bachelor’s degree in Business.

Bill was very proud of the business he built and operated for over 50 years, Commercial Adjustment Agency, collecting debts for various entities. In his free time, he enjoyed being outdoors. Bill loved spending the summers on Flathead Lake fishing, boating, waterskiing and especially sailing.  Downhill skiing was his favorite winter activity, he was frequently seen making turns at Snow Bowl well into his 80s. Above all else, he was a devoted husband, father, grandfather, brother and friend who will be greatly missed.

Bill was preceded in death by his parents, his sister (Charlotte) and his beloved wife, Catherine (who passed away in 2013).

To send flowers to the family in memory of Bishop "Bill" Everingham, please visit our flower store.