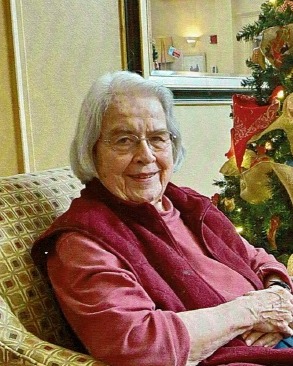 Our cherished and beloved sister, aunt and dear friend, Ellen Anne Strommen, departed onto the next leg of her Sacred Journey on January 4, 2023, at The Springs Living in Missoula, Montana.  Family members were with her on the way.

Ellen was born July 22, 1936, the first child of Ed and Phyllis Strommen, in Anaconda, Montana.  She was co-valedictorian of her high school graduating class and went on to earn a master’s degree in psychology from the University of Montana in 1961.  While attending the university, she lived for some time at a girls’ cooperative, Synadelphic House, where she made life-long friendships and excelled academically.  Ellen worked in Washington D.C. before attending UCLA to graduate with a doctor of philosophy degree in psychology.

Michigan State University became Ellen’s career home, where she was a psychology professor until retiring in June of 1997.  During this time she traveled to Russia, wrote and published texts on developmental psychology, and mentored and reviewed dissertations for a multitude of students.  She attended retreats and campouts, made long road trips, and entertained deep thoughts about life in general. She moved to Missoula in 2001 and immediately joined four reading groups.  She faithfully attended Lady Griz games and concerts by Missoula Symphony and String Orchestra of the Rockies, and especially enjoyed performances by drum groups.  She held fascinating conversations with people of all ages and was interested in every person’s story.

Ellen cared deeply for the environment and for people from all walks of life.  She was a prolific donor to nonprofit organizations and was a member of the League of Women Voters.  She was a life-long learner, passionate about reading, music and cooking, and had an extensive collection of books and CD’s.  She introduced her family to specialties like Greek Easter soup, and Harvey Wallbanger cocktails one Christmas morning, much to the amusement of her gradually relaxing conservative parents. She developed deep and lasting friendships, and continued her spiritual quest with the Sacred Journey group in Missoula. Ellen moved into Grizzly Peak Independent Living in 2019, and later to The Springs in 2022.

Ellen was predeceased by her parents Ed and Phyllis (Hammond) Strommen, her brother Phil Strommen, and nephew Dale Strommen.  She is survived by her brother Ed A. Strommen and sister Karen Dwyer, and she was absolute favorite aunt to nephews Ed O. Strommen, Andy (Cindy) Strommen, Ed J. Dwyer, and Tim Dwyer, as well as nieces Georgia (Steve) Hamel, Becky (Matt) Blankenship, and Denise Dwyer.  She was also great aunt to many great nieces and nephews.

The family would like to thank the staff and residents at Grizzly Peak and The Springs Footsteps Memory Care, as well as Big Sky Palliative Care and Hospice (especially Jackie), for their conversation, compassion and gentle assistance; they all became Ellen’s friends. A service will be held later this year in Missoula. Remembrances may be made as you wish.

To send flowers to the family in memory of Ellen Anne Strommen, please visit our flower store.