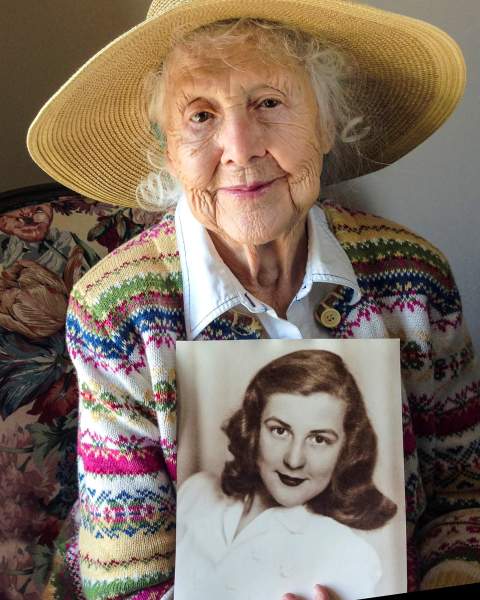 Jeanne Shirley Schendel (née Hagquist), of Missoula, MT died of natural causes at the age of 97 on Saturday, August 27, 2022 in the company of close family.

Jeanne was born December 21, 1924 in Hector, MN, second of four children to Vera (née Silker) and Ernest Hagquist, whose parents immigrated from Scotland/Germany and Sweden respectively. As a young woman, Jeanne won awards for her poetry and floral arrangements, and was a proud member of the League of Women Voters. Jeanne married Alfred Reck Schendel of Olivia, MN in 1944, after he proposed with a ring inside an unopened can of creamed corn. Until retiring to Bonner, MT near the Blackfoot River in 1992, they resided in Eden Prairie, MN (and 1962 in Wilbraham, MA) where Jeanne managed the office and books of her husband Al’s graphic and industrial design business, and worked into her sixties as an administrative assistant for the commercial insurance industry. Jeanne is remembered as a fiercely supportive mother, loving grandmother, and dedicated friend to all animals.