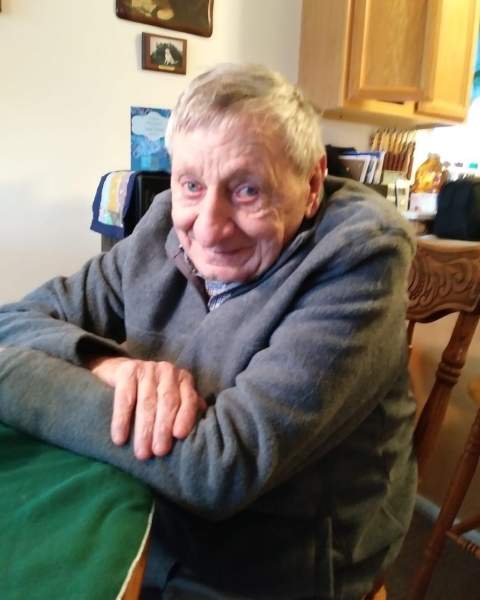 Norman Boyd Reeder passed away at St. Patrick’s hospital on Saturday, August 20th, 2022. Norm was the first baby born in 1937 in Whitefish Montana. Born January 1st, he was a New Year’s gift to Boyd, Marian Reeder, and sister Bobette. He spent a year in bed with rheumatic fever at a young age. One thing that kept him going was seeing his new red bike on the porch knowing when he got better he could ride it. Meanwhile, no one better touch it!

Norm enjoyed hanging out at the lake or skiing on Big Mountain. He graduated from Whitefish High School in 1957. Even though he was one of the smaller guys in his class he still excelled in sports, even football! Like many from Whitefish, he worked for the railroad while in and after high school.

In the late 50s, Norm went to Seattle with friends and ended up staying there for a few years to work Norm was also in the Army Reserves for 5 years. He later came back to his beloved Whitefish where he worked for the forest service and spent winters in Hamilton working there and living with his parents. It was there he gave his friend Lola and her friend Linda Stanley a ride in his brand new Ford Falcon Sprint. Linda was very impressed and when asked on a double date on Valentine’s Day 1964, she said yes. In November they eloped with 2 carloads of friends as witnesses to Coeur D’Alene, Idaho.

Norm and Linda lived in Kalispell for 35 years where Norm worked first at the plywood plant and then the aluminum plant in Columbia Falls for 32 years where he took medical retirement. Norm and Linda raised 3 children in Kalispell all of whom graduated from Flathead High School. Norm was a very involved dad, coaching basketball and soccer, helping at scouts, and attending all the kids sporting events, and music concerts. He bowled for years in several leagues, had a side job doing lawn and landscaping work, grew some wonderful gardens, and served as a trustee at Bethel Baptist Church.

In 1999, Norm and Linda moved to Lolo to be close to family and to take in some Griz football and basketball games. They also played pinochle every Friday night with their good friends Daryl and Sandy. Norm had a lot of health issues over the years including two broken necks and severe kidney issues. In 2019, Norm had a series of strokes. He fought back from wheelchair to walker and even walked alone inside the house. Despite all of his health challenges, Norm always had a positive attitude.

Norm is preceded in death by his parents, several cousins, and several of his wife’s family. He is survived by his wife Linda, 3 children: Tammy in Spokane Washington, Dan (Carleene) in McKinney, Texas, and Bryan (Jalita) in Brainerd, Minnesota, 9 grandchildren: Josh, Kaitlin, Sean, Jessica, Aaron, Justina, Isaac, Austin, Emma, and his sister Bobette (Bob) Brookshire, and his good friend, Jim, who was like family.

We will celebrate Norm’s life on Thursday, August 25th at the Garden City Funeral home in Missoula, Montana. Visitation will be from 1 pm until the start of the service at 2 pm.

To order memorial trees or send flowers to the family in memory of Norman B. "Norm" Reeder, please visit our flower store.